Accueil > Space design > The possibility of an Island 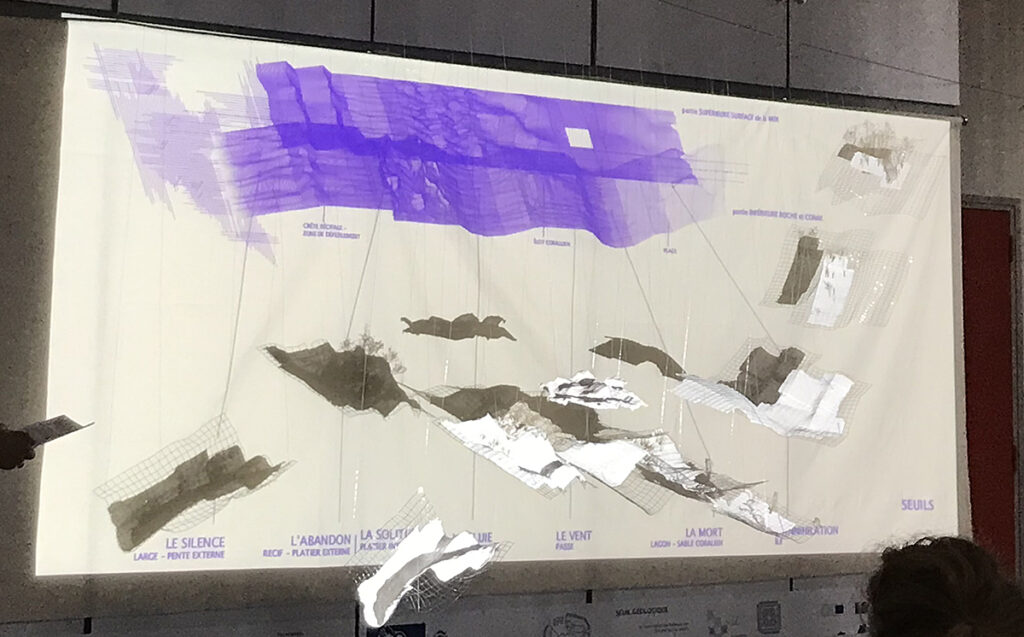 Exotic, heterotopic, lost or virgin, what does the etymology of these island’s qualifiers reveal ? It
reveals our apprehension of the island as a territory of otherness, of elsewhereness, or of the
outside, as opposed to similarity, and to a present and an inside place. These oppositions and
polarities structure our reasoning and make our apprehension of space accessible. Now, the
island, because it is surrounded by the sea, is above all a territory of the edge, a threshold space.
In a context of global environmental and human crisis (more prospective than fictitious), humanity
is experiencing a chronic incompatibility between the dynamics of its way of inhabiting the world
and the very reality of this world, a finite and fragile space, an absolute island. In the near future,
between earth and sky, 7-kilometer long suspended paths will multiply, where voluntary pilgrims,
in an ultimate gesture and trying to reconcile the island to its image of space of salvation, will walk
towards death and then annihilation. Oscillating between beginning and sclerosis, the island is to
space what dawn and dusk are to time.