Accueil > Space design > On the way to: Dream Bel-air. 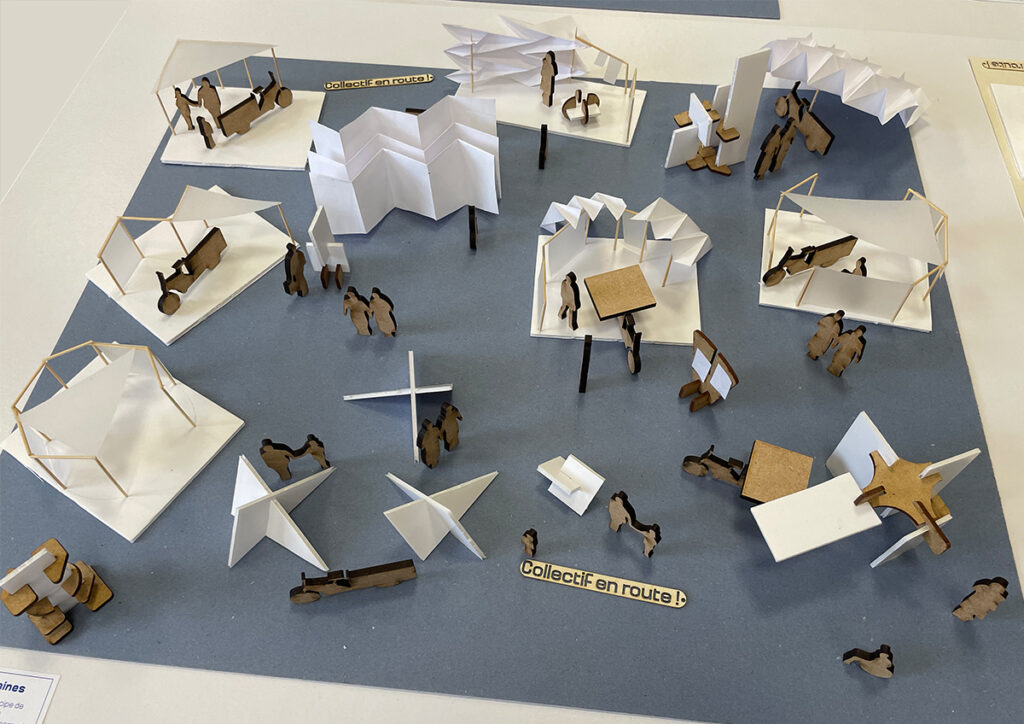 Autonomous territory: ability to act freely independently for a human group.
The collective On the way! created by Miguel, a product, service, and uses design student and
Kenza, a space design student, criss-crossed the Rhône region to meet inhabitants in the city,
trying to grasp the contemporary challenges of urban consultation. Accompanied by partners
involved in urban and solidarity innovation such as TUBA, the collective has developed an
experimental itinerant system that offers mediation tools complementary to existing consultation,
allowing interaction from the users’ perspective. The collective explores a territory in particular,
that of the district of Bel-Air, in Saint-Priest. The project was based on a consultation program in
order to let the inhabitants imagine the future of the neighborhood in a prospective way, thus
focusing on autonomy and resilience. This program takes the form of a summer event thanks to
the mediation tools created by the collective in this context.
Kenza Bouzidi