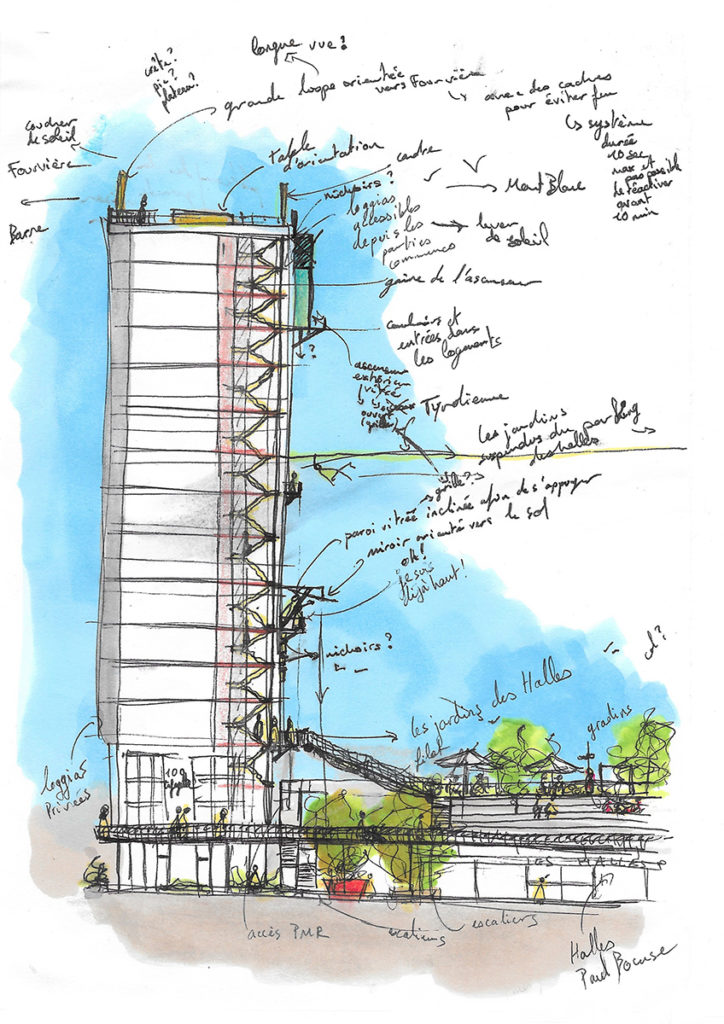 Strate.s project is about a renewal of urban verticality for cities’ well-being despite density. It enables the access to multiple sensorial contact spots in cities by offering various amenities which are precisely thought according to the different urban altitudes. Based on the existing structures,
Strate.s oscillates between adding some new sensorial experiences and highlighting or reducing some others thanks to a hiking trail. This trail is part of a dialogue between the inside and the outside and it is part of a network which is intended to expand, sensorially connecting the different altitudes of the city with each other.