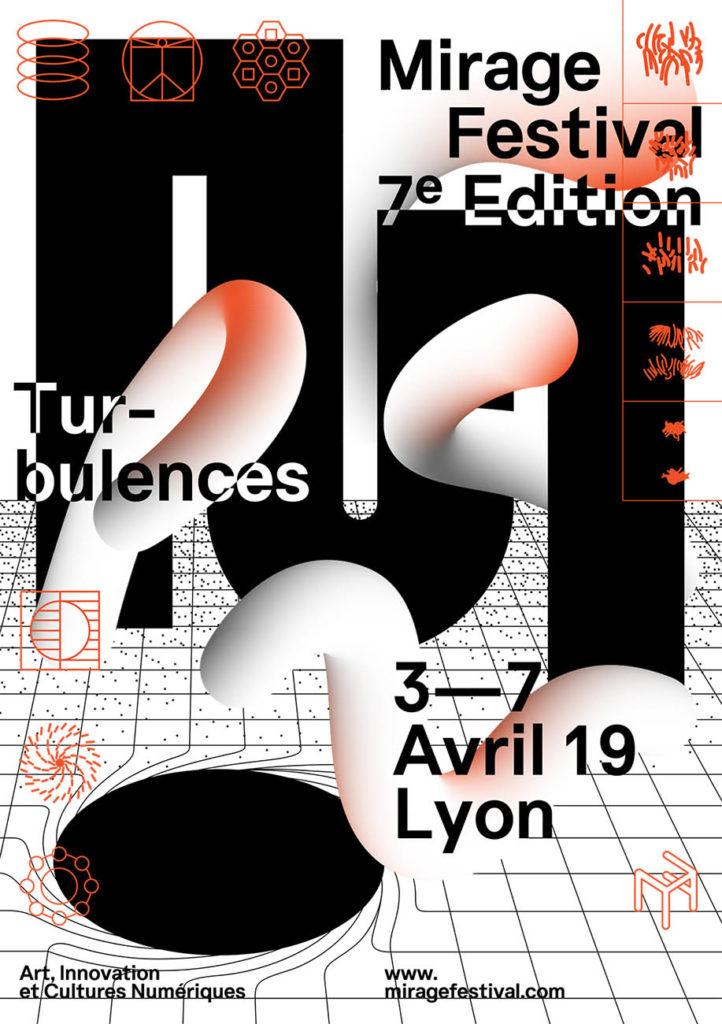 Digital installation for the 2019 edition of the Mirage Festival at Les Subsistances.

The project was developed by the students of the DSAA Graphic Design, under the direction of Pierre Rodière from Trafik studio, Eric Durif-Varambon, and David Pilloix.

S3 is the diminutive of Solar 3, scientific name of the Earth in astronomy, designating the 3rd planet of the solar system. S3 shows and feels the current and future ecological turbulence. Focusing on the alteration of the four elements, S3 proposes a series of interactive immersions giving a sensitive, sometimes spectacular, account of the disorders of the contemporary world.
The chosen device features still or moving images. He privileges the disturbing fascination that man feels in the face of catastrophe, rather than a critical and intellectual distance.
In S3, the digital is clearly only a means. The interactions are simple, the elementary actions: stop, acceleration, random. Utopia of a world where man could still control the course of events and act to avoid the worst.