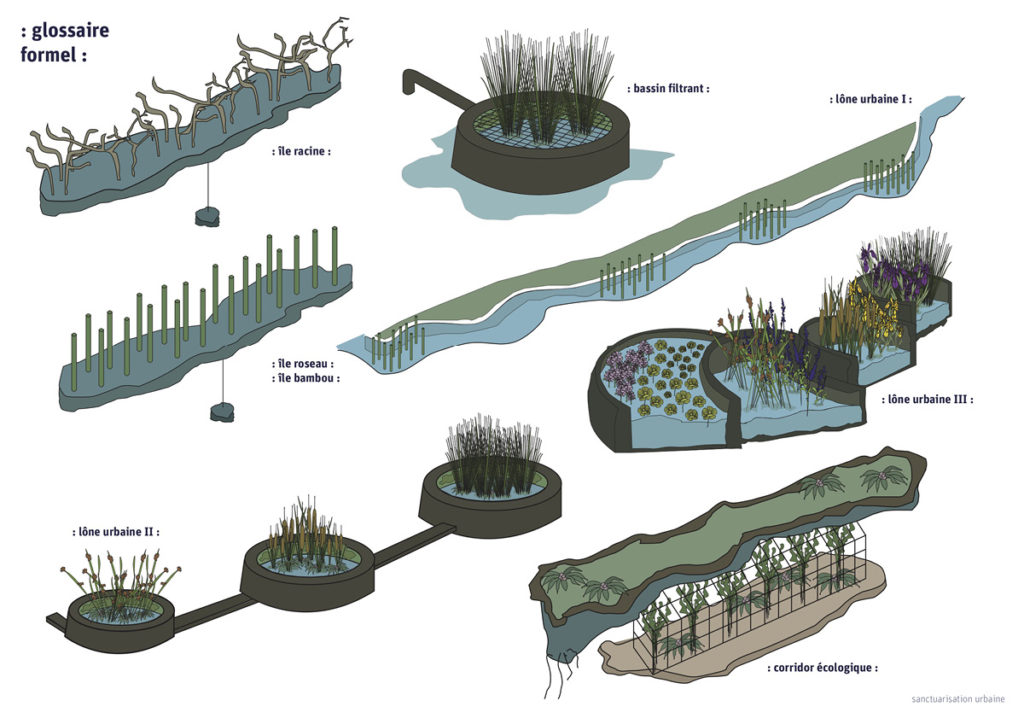 From the most archaic and natural typologies to places built by man, sacred space has showed its evolu0on over the years. From 1950 onwards, what has been described as the “decline of the aura” has profoundly changed its practices and spiritualities. From then the question of new forms and expressions of sacred space have arisen.Staring from the observaion that sacred space is no longer solely associated with religious space and considering the current environmental crisis, it is the very space of the Earth that reveals itself as sacred, where vital flows such as water circulate.
“in-between” is a project at the scale of urban planning which is part of a context in which we consider the river as a sacred urban space. An essential actor in biodiversity, it is anchored in the imagination and traditions, but above all it is under threat. It is by definition a space to be protected and respected. Here, we have integrated a welcoming bank for faunaand flora on a suffocated and concreted embankment where the river takes back a little space and naturality. A transitional space, but also a “buffer” area with installations that mask the city’s nuisances and enhance the sounds of the natural elements thus enabling us to refocus on the “river” entity.