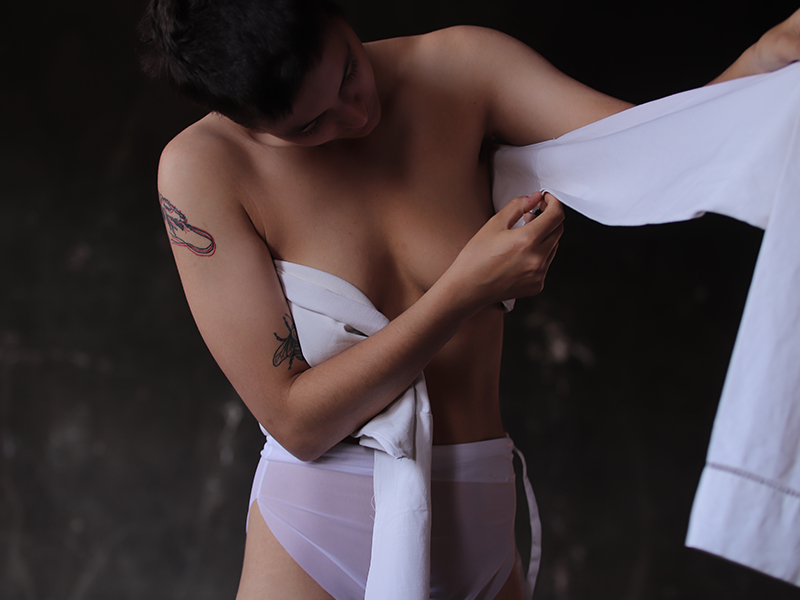 La Discipline deals with women submission and emancipation. In those experiments, I worked as a mediator designer.
Different women took the frame that I etablished through text or through physical constraint in order to develop personal gestures and behaviours.
During that work, the performer and I shared an equal part in the creation. The performer chose which garment she wanted to activate. She hindered herself, she released herself. She oscillated between conformism, acceptance, refusal, fight and defiance. She rejected an oppression to be immediatly controled by a new one. And what about us? How do we look at her? We watch her as we see Women rights’ history, from a cold distance, sometimes stunned, often shocked.
This is also a fight against oneself, against one’s education, against a girl’s education that teaches conformism, submission and self-sacrifice.