Accueil > Graphic design > Generation Ex-Ideae: a re-interpretation of politics in the post-digital era 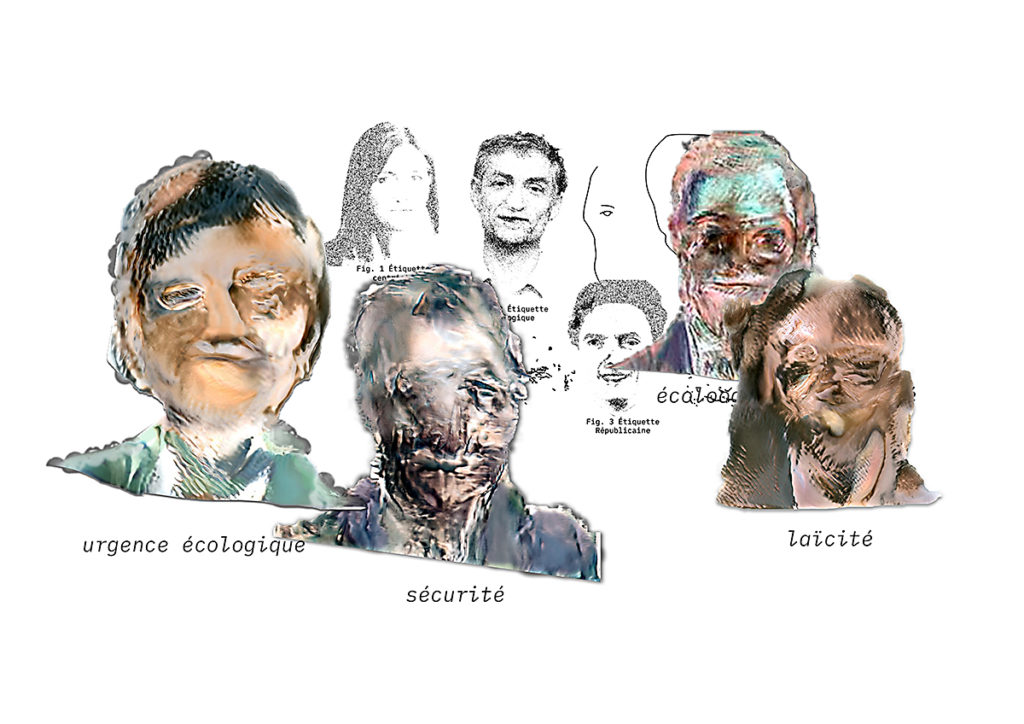 In the current political context, which is indeed a period in which power relations are reconfigured, the representative democratic system is being questioned. Indeed, the increasingly artificial political communication is leading to a loss of confidence, for citizens, in the people who represent them.

In a prospective and critical approach, Generation Ex-Ideae questions the relationship to the personification of ideas, in a system in which political careers are necessarily associated to self-image. Exploring the creation of new representative portraits, the project is based on a generation of archetypal figures who can embody ideas. From a portrait that embodies an idea, the idea will generate the portrait. These new faces are modulated, and mutate according to the strategies adopted when faced with ideas, creating in the process moving graphic and political worlds that question the multiple faces of our current societies.