Accueil > Space design > BEFORE AFTER 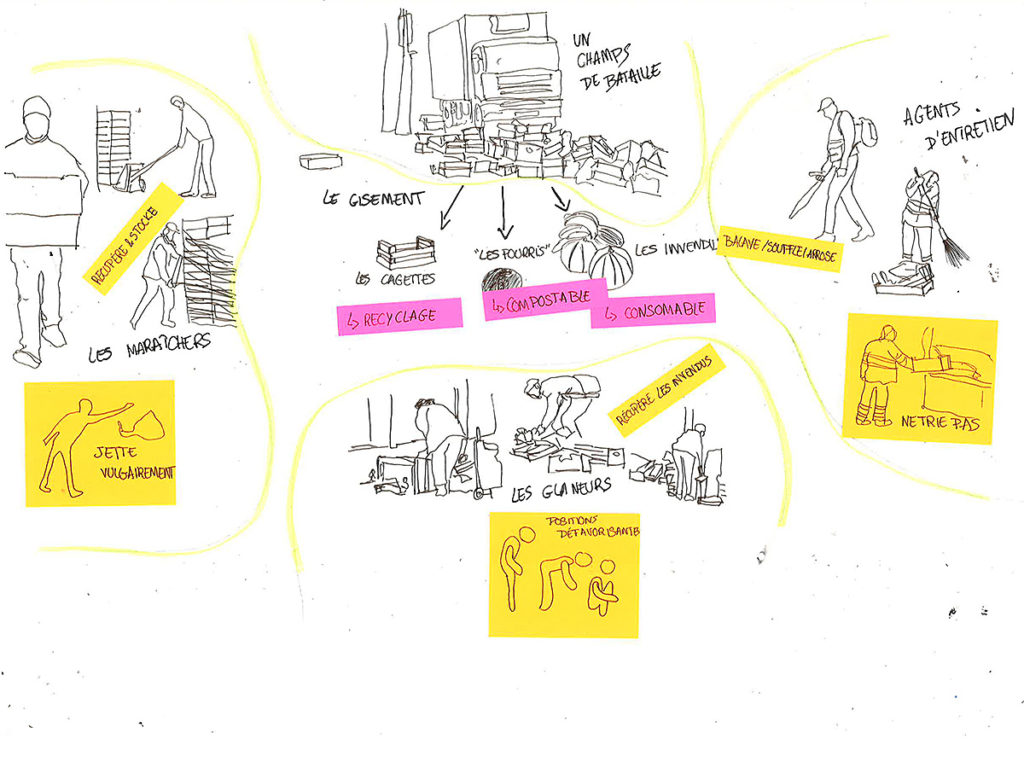 Keeping in mind that resources need to be preserved, my work comes within the scope of circular economy. My approach has the willpower to promote the practice of reusing, which offers a new ethics to materials as well as a new relationship between humans and their environment.

My approach as a designer was to think first about final objects before thinking about their form— Form follows objects.

By adopting different angles, from the point of view of a designer-gleaner and also from the perspective of a designer as handyman, I was able to experiment with this approach of revaluing resources.

Reasserting the worth of materials thanks to « La Martinriauthèque » or giving back some value to the deposit of the Croix-Rousse market thanks to a protocol were two significant experimentations of my study.