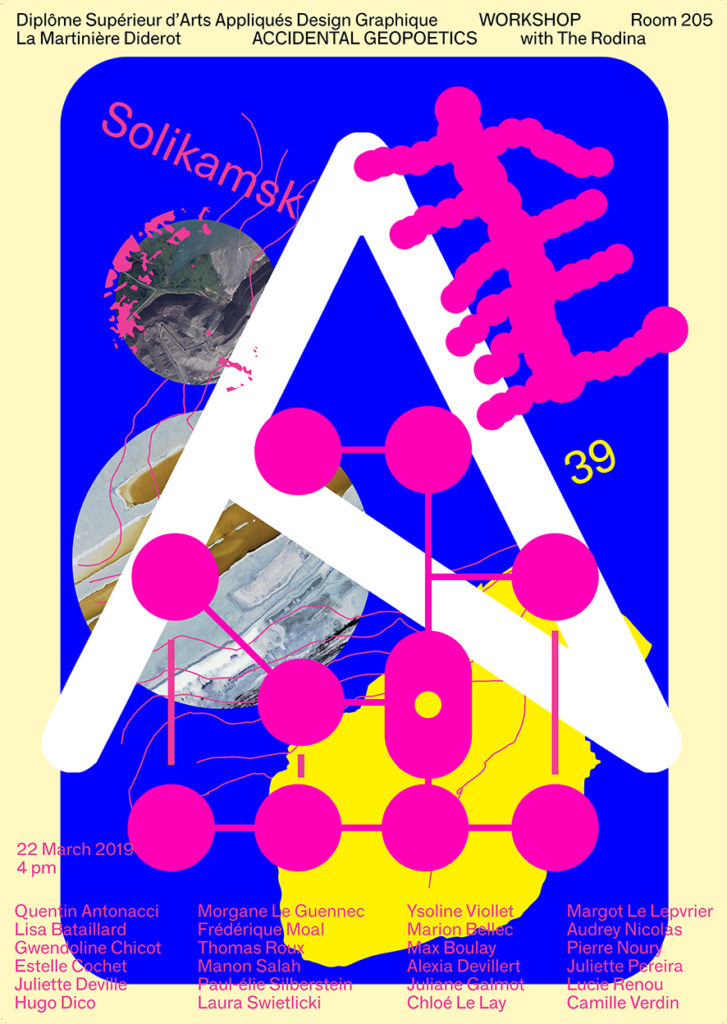 Workshop led by Tereza and Vit Ruller from the Dutch studio The Rodina from March 20 to 22, 2019 with Graphic Design students. Tereza and Vit Ruller offered graphic design students a performative design experience, halfway between performance and fiction design, according to a methodology they develop for their own work. Based on the book Hereafter, Sonic Acts co-developed by the duo dealing with the extraction of rare metals for high-tech products in disregard of the working conditions of minors, the first part of the project was for the students to embody this problematic, to personalize / mimic / express these situations as part of a series of performances and actions half-written, half-improvised, and accessorized also by geo-ponchos, extensions of clothing about the book. During these performances, the students were alternately actor and documentary of the scenes, allowing in a second time to exploit the filmed matter collected to realize a series of short films expressing different aspects of this geopolitical and social problematic with the means of the graphic designer.

We sincerely thank Tereza and Vit for their total involvement in this project and their incredible energy! These few days spent with them were more than inspiring!